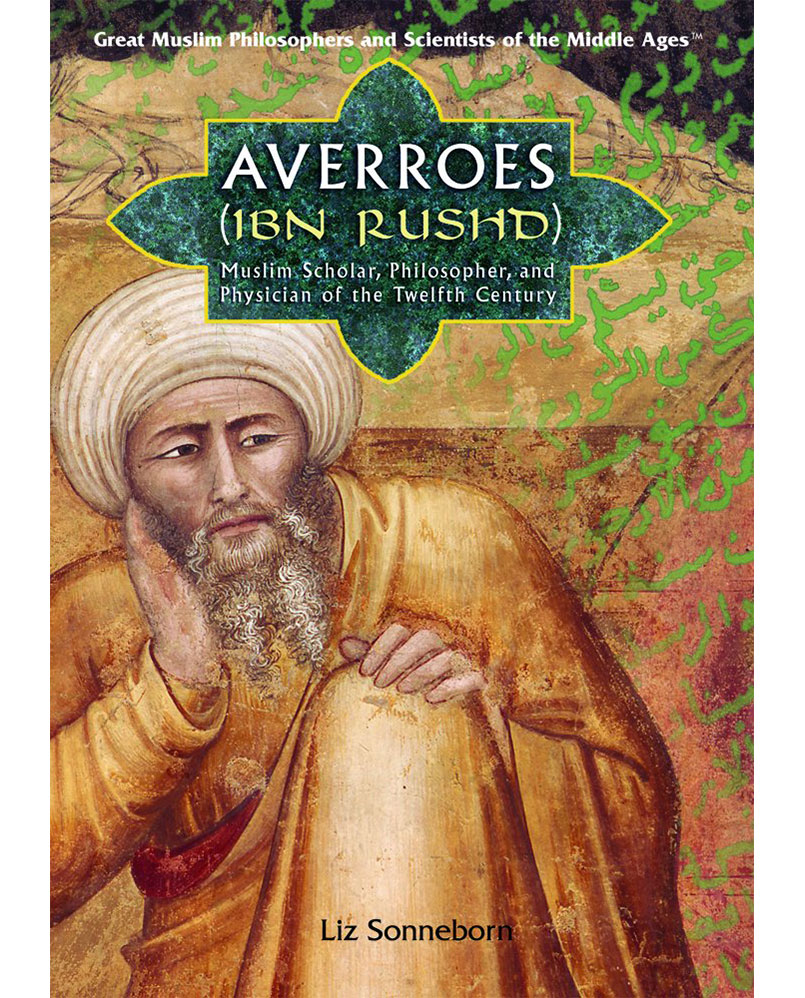 Philosopher and physician of the Twelfth Century by Liz Sonneborn

Abu al-Walid ibn Rushd (better know by his Latin name Averroes) was born in Cordoba, the capital of al-Andalus, as Muslim Spain was called. He was dedicated to the study of Plato and Aristotle, writing comprehensive commentaries on the great Greek philosophers who introduced Europe to the breadth of Greek philosophy. Known as one of the greatest interpreters of Aristotle, he provided a link between ancient and modern thought. Supports history-social science context standards mandating exploration of intellectual exchanges and contributions of Muslim scholars, and their influence on the science, geography, mathematics, philosophy, and medicine of later civilizations. (via Bookshop).