A Child in Palestine: The Cartoons of Naji al-Ali 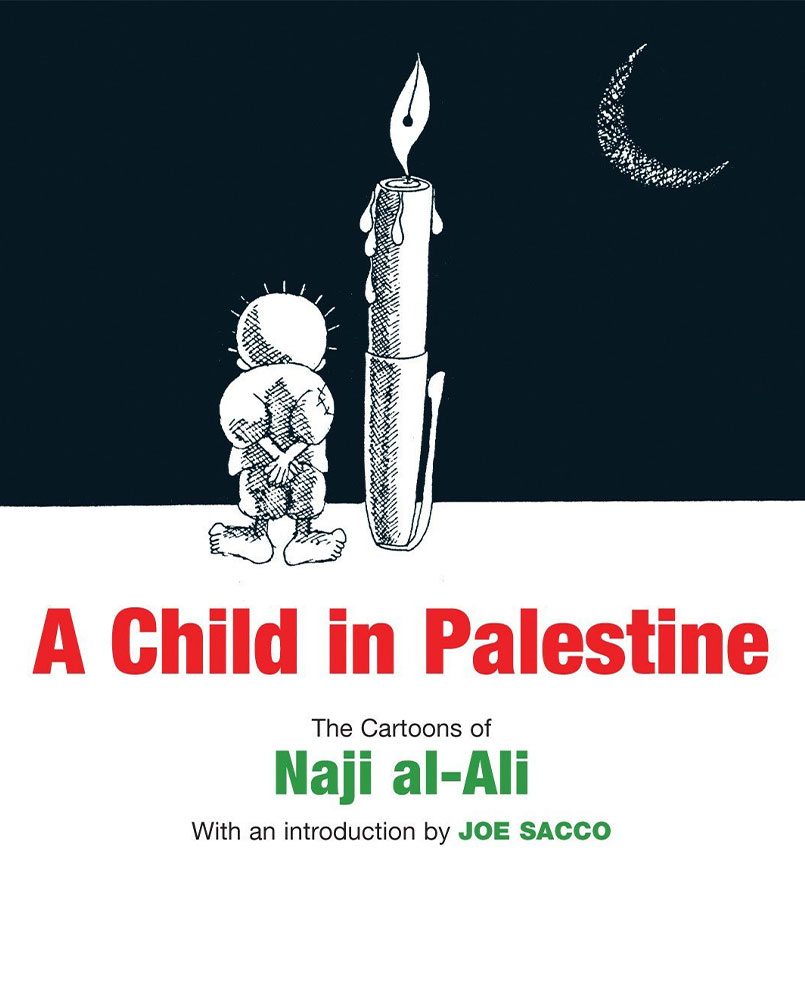 A Child in Palestine: The Cartoons of Naji al-Ali

Naji al-Ali grew up in the Palestinian refugee camp of Ain al-Hilweh in the south Lebanese city of Sidon, where his gift for drawing was discovered by the Palestinian poet Ghassan Kanafani in the late 1950s. Early the following decade he left for Kuwait, embarking on a thirty-year career that would see his cartoons published daily in newspapers from Cairo to Beirut, London to Paris.
Resolutely independent and unaligned to any political party, Naji al-Ali strove to speak to and for the ordinary Arab people; the pointed satire of his stark, symbolic cartoons brought him widespread renown. Through his most celebrated creation, the witness-child Handala, al-Ali criticized the brutality of Israeli occupation, the venality and corruption of the regimes in the region, and the suffering of the Palestinian people, earning him many powerful enemies and the soubriquet “the Palestinian Malcolm X.”
For the first time in book form, A Child in Palestine presents the work of one of the Arab world’s greatest cartoonists, revered throughout the region for his outspokenness, honesty and humanity. (via Penguin Random House)