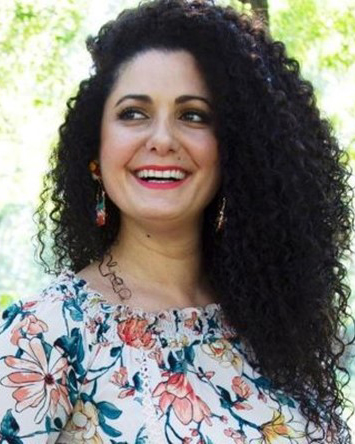 Hazami Barmada is an award-winning thought-leader, activist and social innovator recognized in Forbes as an “inspirational agent of change.” She is the Executive Producer and Host of the top rated international affairs and human rights podcast, Finding Humanity.

For more than fifteen years, Hazami has consulted leading global brands and governments on leadership, human development, change management, social impact, public-private partnerships, and public affairs; including the United Nations, United Nations Foundation, Harvard, Aspen Institute, The Elders, and the Royal Court of the Sultanate of Oman, to name a few. Her creative campaigns, leadership coaching, and advocacy initiatives have reached tens of millions of people in 182+ countries, receiving recognition from the United Nations “SDG Action Awards” in 2020.

She is a Presidential Leadership Scholar and a frequent international speaker with her work and opinions appearing in the New York Times, Forbes, CNN, NPR, BBC, Associated Press, VICE, Washington Post. Hazami has a Masters from Harvard where she was an Edward S. Mason Fellow in Public Policy and Management. She studied social and public policy at Georgetown University and has a BA in Anthropology and Sociology.