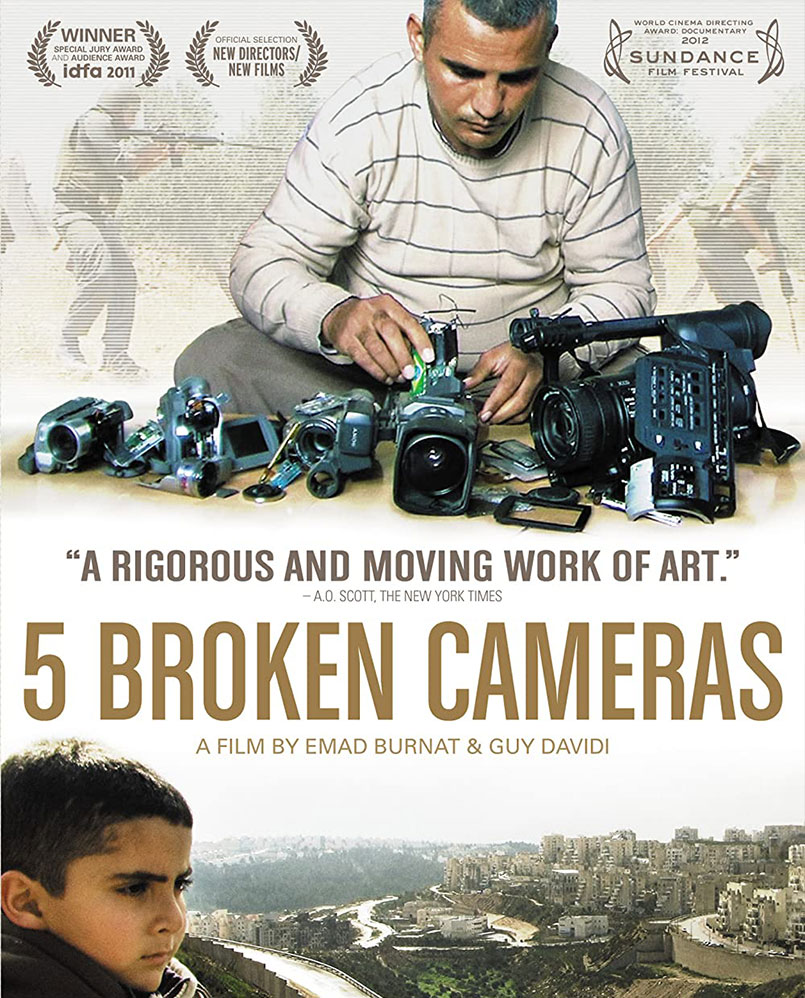 5 Broken Cameras is a deeply personal first-hand account of life and nonviolent resistance in Bil’in, a West Bank village where Israel is building a security fence. Palestinian Emad Burnat, who bought his first camera in 2005 to record the birth of his youngest son, shot the film and Israeli filmmaker Guy Davidi co-directed. The filmmakers follow one family’s evolution over five years, witnessing a child’s growth from a newborn baby into a young boy who observes the world unfolding around him. The film is a Palestinian-Israeli-French co-production. (via POV)