A Little Piece of Ground by Elizabeth Laird, Sonia Nimr 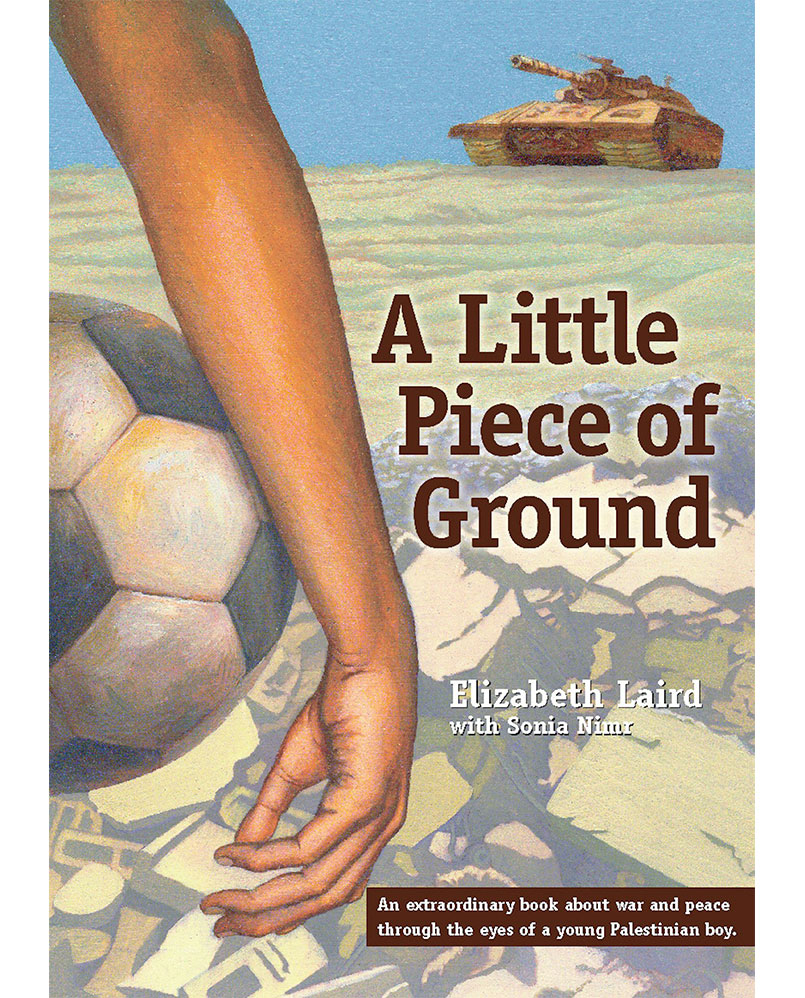 A Little Piece of Ground by Elizabeth Laird, Sonia Nimr

Twelve-year-old Karim Aboudi and his family are trapped in their Ramallah home by a strict curfew. In response to a Palestinian suicide bombing, the Israeli military subjects the West Bank town to a virtual siege. Meanwhile, Karim, trapped at home with his teenage brother and fearful parents, longs to play football with his friends. When the curfew ends, he and his friend discover an unused patch of ground that’s the perfect site for a football pitch. Nearby, an old car hidden intact under bulldozed building makes a brilliant den. But in this city there’s constant danger, even for schoolboys. And when Israeli soldiers find Karim outside during the next curfew, it seems impossible that he will survive.

This powerful book fills a substantial gap in existing young adult literature on the Middle East. With 23,000 copies already sold in the United Kingdom and Canada, this book is sure to find a wide audience among young adult readers in the United States. (via Goodreads)