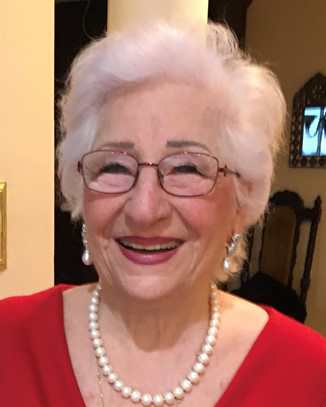 Dr. Khelil received Doctorate degree in Nuclear Physics from North Texas State University, where she was the first woman to get such a degree in the state of Texas.

She taught at Texas A & M University, North Texas State University, University of Algiers, Shaw University and George Washington University. She was Visiting Researcher at the National Bureau of Standards, Gaithersburg, MD.

She served on the following Board of Directors: Partners for Peace, Rainbow Coalition, U.S. Interreligious Committee for Peace in the Middle East, committee of the U.N. North American Coordinating Committee for the Non- Governmental Organizations on the Question of Palestine.

She was a member of the Palestinian delegation to the first dialogue conference between Palestinian leaders and Israelis “The Road to Peace”: Co-Existence Between Israelis and Palestinians, at Columbia University.

“Give Peace a Chance”: Women Speak Out, Brussels Belgium, the Jerusalem Link conference: “Sharing Jerusalem: Two Capitals for Two States”, “Jerusalem”, also was a member of the U.S. Presidential delegation to the Taba I peace agreement signing in Cairo. . Under the auspices of the US information Agency and the Bureau of Educational and Cultural Affairs of the State Department, Dr. Khelil as a trainer in leadership, conflict resolution, and organizational development, has led workshops on Leadership Training for Women in Syria, Jordan, Palestine, Yemen, Qatar and Morocco. Furthermore, she led workshops on Conflict resolution and leadership training in the United States, Canada, Russia and Northern Ireland. Dr. Khelil was listed in Marquis Who’s Who of American Women and Who’s Who in the Arab-American Community. She was the recipient of Life Time Achievement Award by the American Task Force on Palestine as well as Honoree of the Palestinian American Community awarded by the General Delegation of the PLO to the United States.