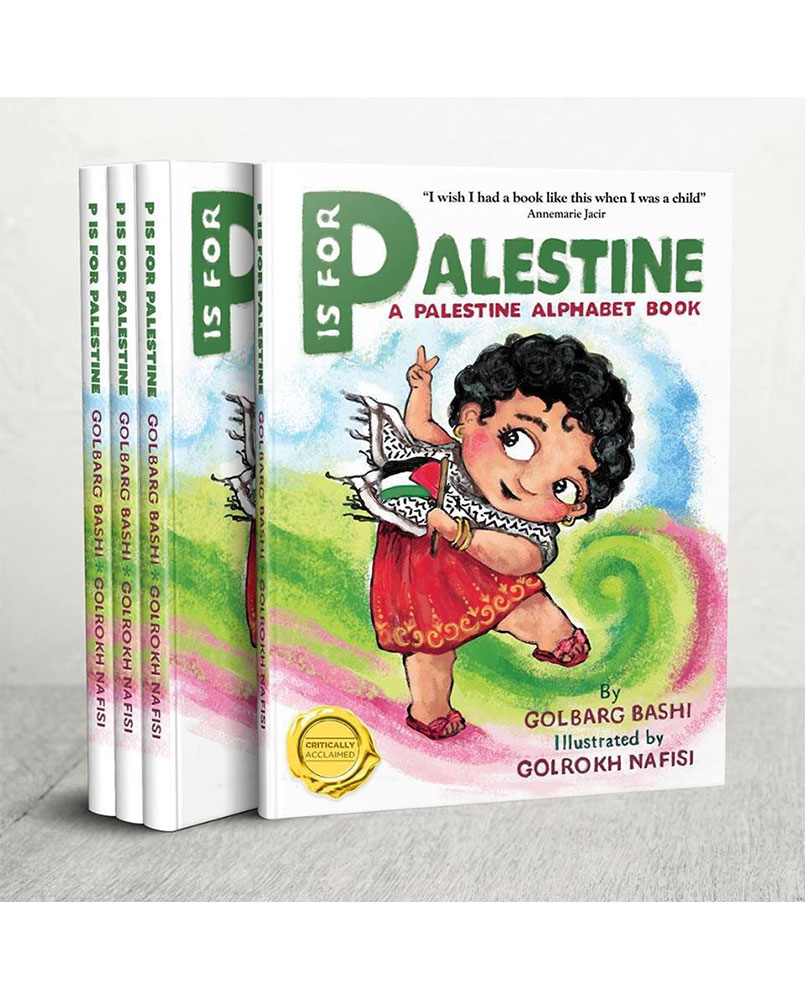 The second edition of the best-selling ‘P is for Palestine,’ the world’s first-ever English-language ABC story book about Palestine, told in simple rhythmic rhyme with stunning illustrations to act as an educational, colorful, empowering reference for children, showcasing the geography, the beauty and strength of Palestinian culture. Anyone who has ever been to Palestine (to some also known as the Holy Land) or who has Palestinian friends, colleagues, or neighbors knows that this proud nation, located on the western-most point of Asia, not that many nautical miles away from Cyprus, Alexandria (Egypt) and Greece, is at the center of our world. It is home to the sweetest oranges, most intricate embroideries, great dance moves (Dabkeh), fertile olive groves, and sunniest people! Inspired by Palestinian people’s own rich history in the literary and visual arts, specifically by children’s authors and illustrators such as Naji al-Ali (1938 – 1987), Ghassan Kanafani (1936 – 1972), and Mohieddin El Labbad (1940 – 2010) among others, an academic and children’s author and a socially conscious illustrator have teamed up to create P is for Palestine–a book for children of all ages! (via Google Books)