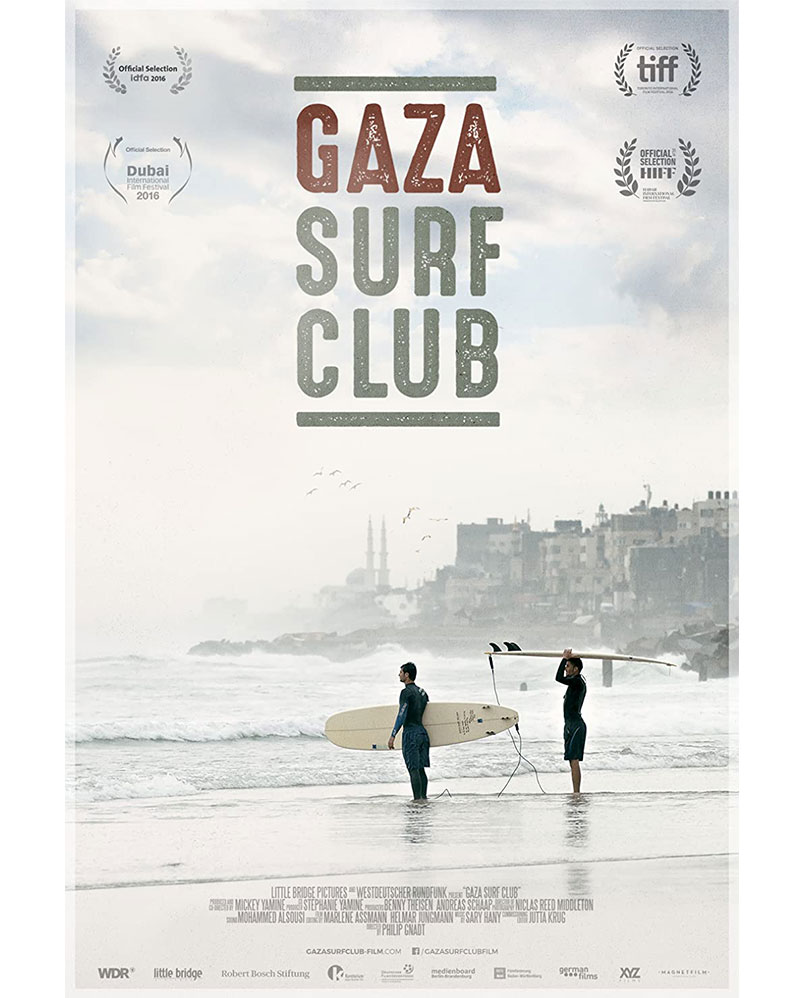 Gaza Surf Club is a 2016  documentary film from Little Bridge Pictures, which follows several surfers from Gaza and documents their efforts to surf and survive.  The film takes a “day in the life” approach and does not discuss the Gaza Surf Club project itself but instead focuses on some of the characters that make up the Gaza Surf Club community. (via Gaza Surf Club)