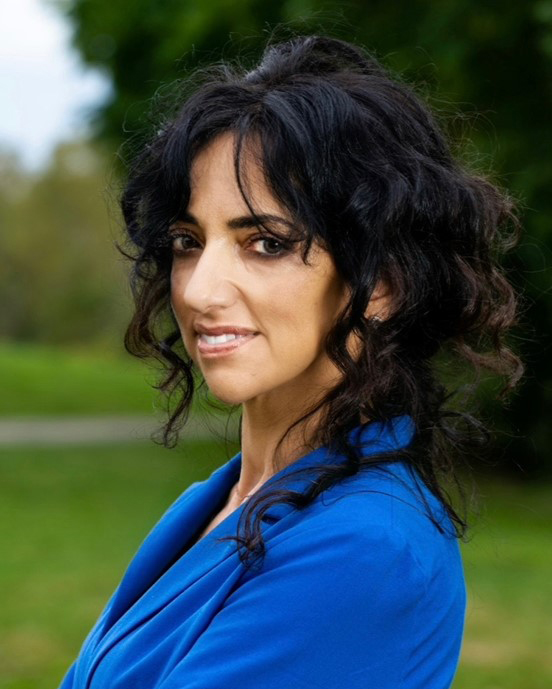 Huwaida Arraf is Palestinian-American human rights activist and civil rights attorney, who has devoted her life to fighting systemic injustice. She is now running for Congress in Michigan’s new 10th District.

Born and raised in Southeastern Michigan, Huwaida is the oldest of five children and learned the values of hard work, faith, and community from her working class immigrant parents. Her dad, a UAW employee at General Motors and small business owner, and mom, a nurse, came to this country from Palestine to build a brighter future for their family.

Huwaida excelled in the classroom and started working when she was 12, taking on part-time jobs at Dunkin’ Donuts and local retail shops to help out at home. She earned scholarships and worked her own way through college, graduating from the University of Michigan. Over the past two decades Huwaida has been involved in a number of legal and grassroots initiatives for Palestinian rights. In 2001, she co-founded the International Solidarity Movement (ISM), a global organization focused on challenging government oppression, ending human rights abuses, and standing up for the freedom and dignity of oppressed people in her parents’ homeland of Palestine and around the world. In 2004, the organization’s work was nominated for a Nobel Peace Prize. From 2007-2008, Huwaida helped build the first accredited clinical legal education program in the Arab world, based at Al-Quds University. She was one of the initiators and organizers of the first delegation of lawyers to enter Gaza following Operation Cast Lead (2008-2009), and co-authored the report on their findings, “Onslaught: Israel’s Attack on Gaza and the Rule of Law.” Huwaida is the former Chairperson of the Free Gaza Movement, and from August to December 2008, led 5 successful sea voyages to the Gaza Strip to confront and challenge Israel’s illegal blockade on the 2 million Palestinians living there. She was one of the primary organizers of the Gaza Freedom Flotilla and was traveling with it when it was lethally attacked by Israeli forces on 31 May 2010. In 2011, she was one of the six Palestinian Freedom Riders, who, inspired by the U.S. Civil Rights Movement’s Freedom Rides of the 1960s, attempted to ride segregated Israeli settler public transport, for which they were harassed then violently arrested.

Today, Huwaida is raising her two elementary-age children with her husband Adam, a human rights advocate and documentarian. Just as she’s committed her life to service, Huwaida is active in her community and driven to improve the lives of others. In 2020 she served as a Bernie Sanders delegate to the Democratic National Convention, and in November 2021, launched a campaign to represent the district in which she was raised in the U.S. House of Representatives.