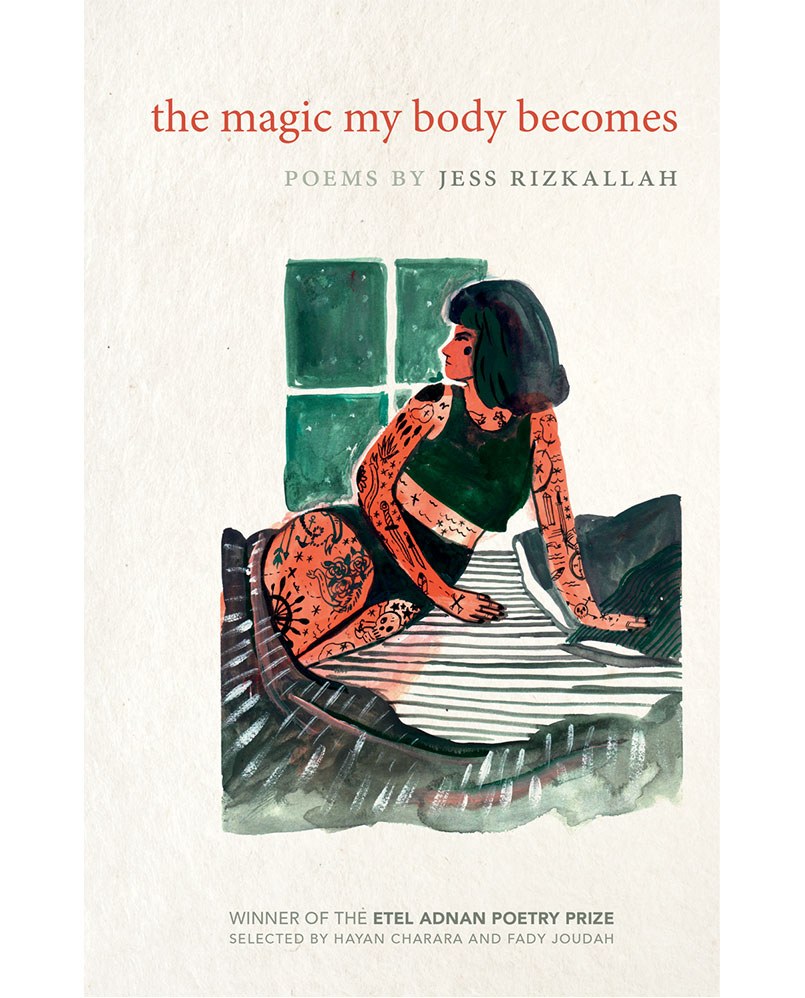 In the magic my body becomes, Jess Rizkallah seeks a vernacular for the inescapable middle ground of being Arab American—a space that she finds, at times, to be too Arab for America and too American for her Lebanese elders.

The voice here freely asserts gender, sexuality, and religious beliefs, while at the same time it respects a generational divide: the younger’s privilege gained by the sacrifice of the older, the impossibility of separating what is wholly hers from what is hers second-hand.

In exploring family history, civil war, trauma, and Lebanon itself, Rizkallah draws from the spirits of canonical Arab and Middle Eastern poets, and the reader feels these spirits exorcising the grief of those who are still alive. Throughout, there is the body, a reclamation and pushback against cultures that simultaneously sexualize and shame women. And there is a softness as inherent as rage, a resisting of stereotypes that too often speak louder than the complexities of a colonized, yet resilient, cultural identity.

Rizkallah’s the magic my body becomes is an exciting new book from an exciting young poet, a love letter to a people as well as a fist in the air. It is the first book in the Etel Adnan Poetry Series, publishing first or second books of poetry in English by writers of Arab heritage. (via Goodreads)